Writing About the Extraordinary 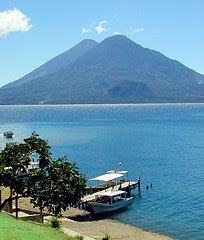 One of the best parts of being a nonfiction writing instructor is watching students transform over the course of a week as their stories come into focus and take shape. Not just because of the excitement that comes from watching a text emerge, but from witnessing the personal changes that takes place as they reach greater insights about what they’ve experienced and what it means in a larger, universal sense.

I had a similar experience while writing The Possibility of Everything. I spent twelve chapters explaining and analyzing my complete absence of faith and trust, both of which were shattered in 1981 when my mother died, and then, when I was within ten pages of finishing the book, I had what amounted to (for me) a revelation. In the middle of an otherwise innocuous sentence, I suddenly realized that if I hadn’t had at least a small amount of faith left I never would have agreed to travel to Belize at all.

It was my Dorothy and the Red Shoes moment, an illuminating insight that revealed a truth I’d been keeping a secret even from myself. I hadn’t strayed quite as far from my roots as I’d thought, and to me this was an emotional homecoming of sorts. Once I understood what it meant, I had to go back and revise some earlier sections of the story. The delivery of the manuscript was delayed by another week, but I think the final product is stronger because of it.

The journey my family took into the rainforest was life-changing, but so was the writing of the book. Because of both of these experiences, I’ve started teaching workshops for people who also want to write about their unusual, unconventional or just non-ordinary experiences in the hope that I can help them tell their stories in a believable manner and also discover new truths about themselves.

Next July at the Iowa Summer Writing Festival I’ll be offering a six-day workshop titled Writing About the Extraordinary. “Extraordinary” is defined broadly: it can be the story of an unexpected healing; a dramatic or unusual encounter; or a mystical story of transformation like the one in my bok. The ISWF online catalog will be posted in February and registration will begin soon after. If you’re interested in this one, I suggest committing as early as you can, since it typically fills up fast.

Even sooner, I’ve just been invited to join authors Joyce Maynard and Ann Hood to teach a weeklong workshop this February at Lake Atitlan, Guatemala. Joyce has been running this workshop for several years and I’m very excited to be part of it. It’s different from other workshops I’ve done, insofar that students can work with one, two, or three authors at once, and also participate in a larger community of writers. We’ll also be joined by YA Author Francesco Sedita and possibly another writer, too.

The dates for the Guatemala workshop are February 13-21. If you’re interested you can get much more info here, or by contacting Melissa at writebythelake@yahoo.com. (Or by contacting me at hopeedelman@gmail.com.)

San Marcos la Laguna is a gorgeous, magical setting for writing, and the week offers the opportunity to get double or triple the instruction that most workshops offer. I’ll be there to work with students who have non-ordinary stories to tell, but I’m very happy to work with writers of more traditional memoir or personal essays as well. Plus, I’ll be taking a few exploratory outings during the week to look for native healers around the lake, including the renowned daykeepers who still keep time by the sacred Tzolkin calendar of the Maya, and you’re very welcome to join me on those trips.

Hoping to see some of you for either of these weeks!

Thanks for using my photo from http://www.flickr.com/photos/antigua-guatemala/1262400303/ . It would be nice to gert some credit though.